According to the man who predicted that Trump would become president and that the UK would leave the European Union, the year ‘2018 will be full of political turmoil and environmental crisis caused by dramatic and unprecedented weather.’

Craig Hamilton-Parker predicted several events that are difficult to foresee, such as the victory of the current US president, Donald Trump, or the departure of the United Kingdom from the European Union.

Now, he says a terrorist attack on a British motorway could soon occur, and that revolution in North Korea which overthrows Kim Jong-Un’s regime, while chemical weapons attack by drones will be used on a major European City.

In a blog post, Mr. Hamilton-Parker wrote how “2018 will be a year of political turmoil and environmental disaster generated by dramatic and unprecedented weather.” 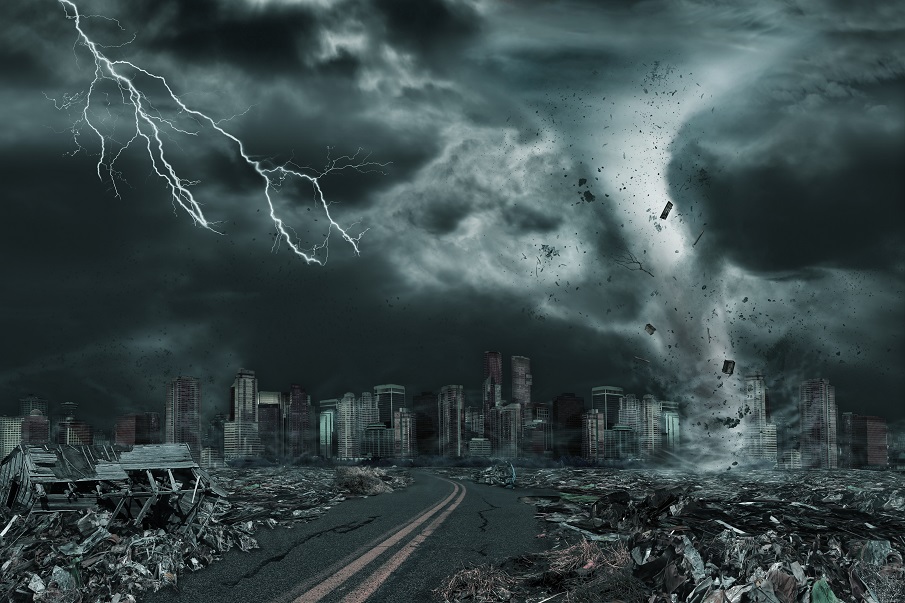 The man who foresaw Trump winning the elections and Brexit, says 2018 will be marked by severe and destructive weather. Image Credit: Shutterstock

The man who has the uncanny capacity of foreseeing extremely unlikely world-wide events prophesized about a series of terrorist attacks, an international economic recession and how Theresa May would somehow manage to hold onto power.

Hamilton-Parker predicted that cultural friction would get much worse in Germany and France and that we could expect intensifying racial troubles and riots throughout major European countries.

Aside from politics, the man also predicted a series of environmental catastrophes and said the environment was his number one prophecy for 2018.

“The Environment is top of my list because I feel 2018 will see unprecedented earthquakes, volcanic eruptions, and ferocious weather,” he wrote on his blog.

“I have been saying for some years that we can expect this – not just because of global warming but also because of increased activity of the Sun. We have seen terrible hurricanes but I feel there is worse to come.”

Furthermore, the Southampton-born man also foresaw the eruption of Mount Vesuvius in Italy, which would result in the evacuation of Naples. There would also be increased seismic activity even in regions that were known to be free of seismic activity for up to a thousand years. Her predicted a terrible earthquake would strike New Zealand.

According to Hamilton-Parker, record level hurricanes will cause destruction in the Caribbean, while ravaging wildfires in California and Australia will be hard to contain.

Furthermore, heavy flooding will occur in China and India, and it will become impossible to travel along certain parts of the southern seas due to a massive ice shelf breaking off of Antarctica.

And despite the fact that many of his prophecies spell catastrophe, Mr. Hamilton wrote: “Many of the above predictions are pretty gloomy but I feel that there will be a simultaneous growth in spirituality for the people of the world that will now start to lead us into a Golden Age.”

“Conflict and hardship plus growing environmental problems will bring good people together and ignite a desire to seek the true purpose of human life.”

Here are his eight predictions resumed into a list:

Drones will be used in a terrorist attack with chemical weapons in a capital city of Europe, possibly London or Berlin.

An American warship will sink.

Kim Jong-un, the North Korean leader, will be overthrown by the people and his body will never be found, which will lead to the legend that its hidden in China.

After emerging victorious from a political trial, Donald Trump will gain even more popularity.

Towards the end of 2018 and the beginning of 2019, the fall of the euro will generate great unrest.

The A bitcoin fraud will be discovered, which allowed the finance of terrorism and war.

Antarctica will suffer a massive rupture of its ice sheet.

Hurricanes of unprecedented magnitude will be recorded in the Caribbean, gigantic fires in California and Australia, and floods in India and China.