HOW ARE MARIA ORSIC AND THE VRIL CONNECTED TO GERMAN FLYING SAUCERS?

During World War II, the Germans yearned for any advantage over their opponents. Whether it was technology, intelligence or strength, they wanted to be the best of the best. When Maria Orsic, a young German nationalist, came forward to share her remarkable gifts, the Nazis were delighted. What they discovered about her was more spectacular than anyone could ever have imagined: Maria could communicate with extraterrestrials.

WHAT IS THE VRIL SOCIETY? MARIA ORSIC & THE GERMAN SECRET SOCIETY

Maria Orsic was a medium and the leader of a Nazi secret society, known as the Vril, that existed in the WWII era. The Vril Society was established after Orsic received communication from extraterrestrials who had once lived in what is now Sumeria. These beings eventually departed Earth for the Aldebaran solar system. The Vril named themselves after the ancient Sumerian word “Vri-ll,” meaning “God-like.” 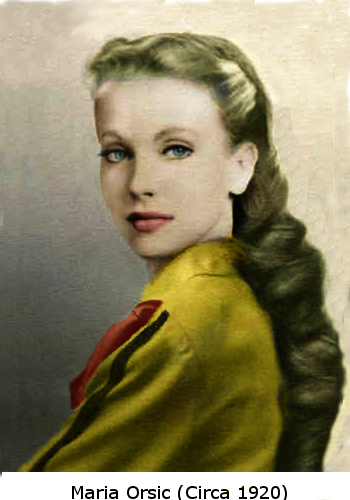 The Vrill members were attractive young women who grew their hair all the way down past their hips, which was uncharacteristic of the times. The logic for growing their hair to such an extravagant length centered around their belief that human hair acts as an antenna to make contact with extraterrestrials. They believed that they could use their telepathic abilities to communicate with these otherworldly beings and give the Nazis some sort of advantage over their opponents.

After making contact with the extraterrestrials, Orsic transcribed the information in two different scripts. The first was a secret German Templar language that she did not personally understand. The second was an ancient language that historians commonly link to the German occult group known as the “Thule.” Most of these scholars are in agreement that this language stems from ancient Sumeria, where the extraterrestrials once thrived.

Once the transcriptions were translated into German, the Vril were shocked. The ancient race had given Orsic extremely detailed instructions for constructing a flying saucer.

Researchers believe that the information channeled by Orsic led to Nazi Germany’s creation of futuristic flying saucers. Some historians point to the alleged Nazi use of so called “foo fighters,” or unidentified flying objects, during World War II as evidence of the country’s superior aircraft technology. These flying vessels, such as the Nazi Bell, were sphere-shaped and glowed with an intense light, and some believed they were capable of scrambling their enemies’ communication. 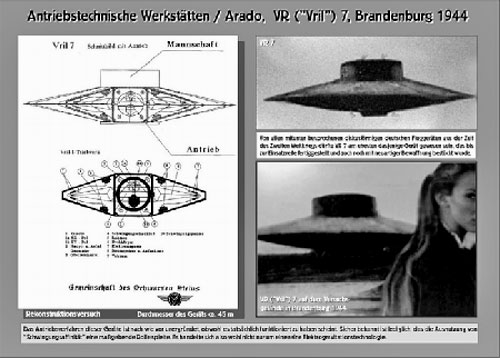 After all this, the Vril Society suddenly disappeared without a trace. Their bodies were never found. While no one can be sure exactly where they went, a final letter from Orsic to the Vril members stated “niemand bleibt hier,” or “no one is staying here.” It’s possible that the Vril used Orsic’s channeled instructions to build a spacecraft and leave the planet.

THEORY OF DEPARTURE: VOYAGE TO THE ALDEBARAN SOLAR SYSTEM

Those who believe Orsic departed Earth for Aldebaran argue that the top-tier members of the Vril Society, along with other German secret societies like the Thule, had adequate financing from Adolf Hitler’s regime for the construction of flying saucers. After all, Germany’s leading engineer, Werhner Von Braun, made no secret of the fact that the Nazis received an abundance of technical information from extraterrestrials before and during World War II.

Another popular claim from Nazi Germany historians is that Orsic provided all of her channeled information to a rising star within the Nazi party named Rudolf Hess. According to this theory, Orsic supplied Hess with every last detail of her communications with the Vril as a means of expressing her German nationalism. Hess went on to become an influential figure in the Nazi party. 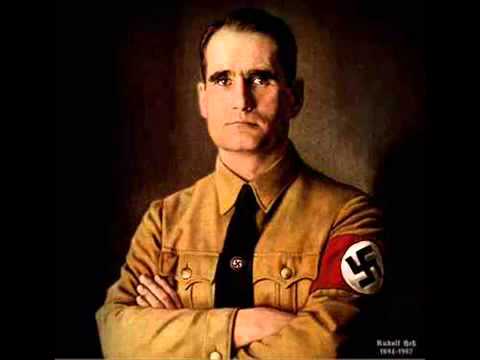 A fellow German space pioneer named Hermann Oberth echoed Von Braun’s claimsthat the Germans had knowledge of extraterrestrials. Oberth was one of the German Reich’s top rocket designers during World War II. Though he moved on to work for the United States’ space program’s push to send men into outer space, Oberth is best remembered for his statements linking the Nazis to extraterrestrials.

According to Oberth, the Nazis could not “take credit” for their advancement in an array of scientific fields. Like Von Braun, Oberth claimed the Nazis received extensive assistance from a super-intelligent, alien life form. Oberth referred to these Vril aliens as “people of other worlds.”

If one takes Oberth and Von Braun at their word, it becomes clear that the Nazi government obtained significant military assistance from highly advanced aliens. Many conspiracy theorists believe Maria Orsic’s channelings served as the initial point of connection between Germans and these uber-intelligent extraterrestrials.

Those who believe in the Vril theorize that they either live below the surface of the earth or in the Aldebaran solar system. Yet many historians argue the supposed Nazi connection to the Vril people is pure fiction.

Some skeptics point to the 1871 novel, The Coming Race by Edward Bulwer-Lytton. In this fictional work a wayward traveler stumbles upon a highly intelligent race of people living in an underground world. These people called themselves the “Vril-ya.” As former surface dwellers, the Vril-ya understood much about the planet’s above-ground happenings, yet were forced below the terrain following a worldwide catastrophe. Vril-ya members credited their survival with the unseen force known as “Vril.” The novel describes Vril as a mystical form of electricity or magnetism that provided them with a superpower or cosmic energy that functions in harmony with the natural world.

Based on the striking similarities between the novel and the story of Maria Orsic, the line between fact and fiction is quite blurry. Was Lytton’s work of fiction actually based on real-world interactions between Germans like Orsic and legitimate extraterrestrials?

The disappearance of Maria Orsic and her followers remains a mystery. Perhaps these women decided to leave our war-torn planet with the help of an ancient race. Perhaps Orsic lived the remainder of her life on an unknown planet in the Aldebaran solar system. Explore more Deep Space mysteries to come to your own conclusions.

For More Aticles And Videos About Secret Space Programs, Paranorrmal, Aliens…Check The Website  www.Gaia.com . Gaia Is The Netflix Of Truth Seekers. Give It A Try !