The body of another young rent boy Name “Gemmel ‘Vigil” has been found at the West Hollywood home of Ed Buck, a top Hillary Clinton and Democrat donor. 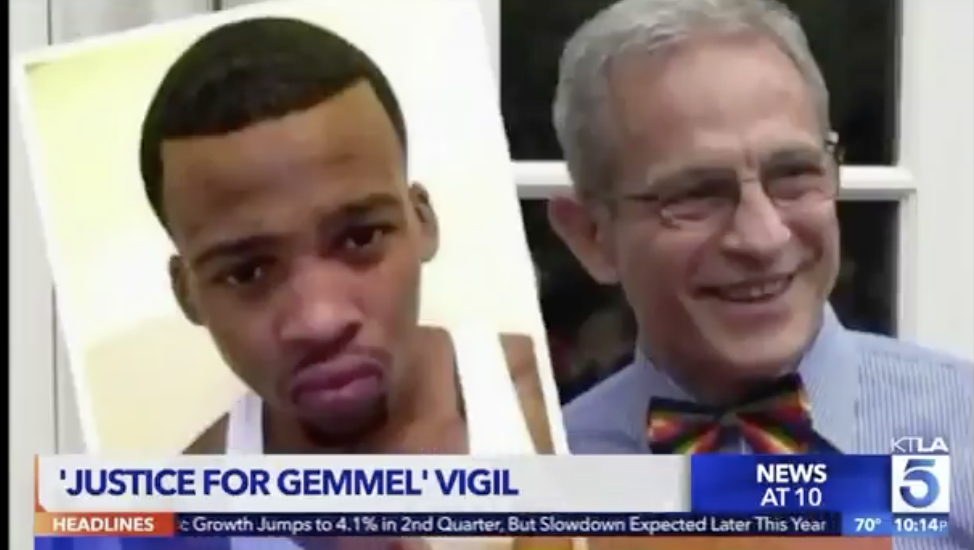 Ktla.com reports: His death comes more than a year after 26-year-old Gemmel Moore was found dead from an apparent overdose at the same home on July 27, 2017. Officials confirmed Buck was present during both incidents and Moore’s case is now facing another review.

If another young, Black gay man overdoses or worse dies at Democratic donor Ed Buck’s apartment it’s going to be the fault of the sheriff’s dept and L.A. District Atty for not stopping him when they had the opportunity to. #GemmelMoore #Justice4Gemmel pic.twitter.com/jlbS2KTvNe

Buck is currently not considered a suspect and not in custody, officials said. His attorney, Seymour Amster, has denied Buck is responsible for either death.

Amster told reporters the man at Buck’s home “had already been partying … and already taken some substances” when he arrived. He said Buck was in the shower for some of the time and had not taken any substances with the victim.

“The individual was exhibiting bizarre behavior,” Amster said of the man who died.

Meanwhile, Moore’s death has triggered outrage from loved ones who claim Buck played a role in his death. They have said the 26-year-old was working as an escort when he visited the prominent political donor’s home in July 2017 — an allegation Seymour denied.

Moore’s mother, Latisha Nixon, has accused 65-year-old Buck of having young black men like her son ingest dangerous amounts of drugs for his own pleasure. She has said other escorts have confirmed the allegations.

“He has them wear these long white ‘under-johns.’ He takes pictures of them,” she said. “He hits them up with meth. The more meth that they smoke and inject, the more money that he gives them.”

According to a journal provided to KTLA by a family friend, Moore wrote of having relations with Buck and a drug addiction that involved him.

“I honestly don’t know what to do. I’ve become addicted to drugs and the worst one at that,” an entry in December 2016 reads. “Ed Buck is the one to thank. He gave me my first injection of crystal meth it was very painful, but after all the troubles, I became addicted to the pain and fetish/fantasy.”

But Amster said no handwriting expert has looked at the entries and photos involved in the case have been “fabricated.” He adamantly denied Buck played any role in Moore’s death or in the most recent incident.

Despite Moore’s death being ruled accidental, homicide detectives began reexamining the case following backlash from friends and family. Nixon had called on the West Hollywood City Council to put pressure on law enforcement and prosecutors to further investigate Moore’s case.

Another man who said he was a victim of Buck, who asked to remain anonymous, told KTLA that Buck would instruct escorts to use high levels of drugs so he could watch their reactions.

“He gets his thrills just based off you getting high,” he said. “He wants to see your reaction. He wants to see how can you take it — if you can handle it or not.”

Nixon has asked law enforcement officials to grant immunity to escorts who will cooperate with the investigation into Moore’s death.

Despite her impassioned pleas for further investigation, the Los Angeles County District Attorney’s Office ultimately declined filing any charges against Buck. The decision came just a day before the anniversary of Moore’s death.