In the belief system of the Sumerians, Enki (known also as Ea by the Akkadians and Babylonians) was regarded to be one of the most important deities. Originally Enki was worshipped as a god of fresh water and served as the patron deity of the city of Eridu (which the ancient Mesopotamians believe was the first city to have been established in the world).

Over time, however, Enki’s influence grew and this deity was considered to have power over many other aspects of life, including trickery and mischief, magic, creation, fertility, and intelligence. The Neo-Sumerian text Enmerkar and the Lord of Aratta praises a later version of Enki:

“Enki, the lord of abundance and of steadfast decisions, the wise and knowing lord of the Land, the expert of the gods, chosen for wisdom, the lord of Eridug, shall change the speech in their mouths, as many as he had placed there, and so the speech of mankind is truly one.”

According to the Sumerians (and Akkadians), Enki was the son of Anu, the god of the sky. In the Babylonian Enuma Elish , on the other hand, Enki is referred to as the son of Apsu, the primeval freshwater ocean beneath the earth.

Enki has also been regarded as the son of Nammu, the primordial mother goddess who gave birth to the heavens and the earth. Enki’s wife was Ninhursag, and amongst their children are Asarluhi, Enbilulu, and Marduk. 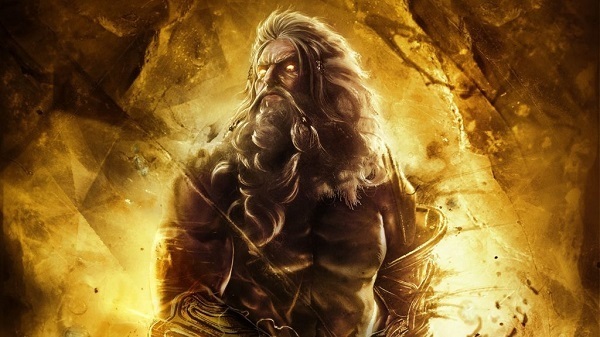 A lot of what we know today about Enki comes from the literary works of Mesopotamia that have survived over the millennia. There are a number of stories in which Enki plays a predominant role. One of the most famous of these is the Enuma Elish , the Babylonian creation story.

In this tale, Enki was an offspring of Apsu and Tiamat , the personifications of fresh water and saltwater, respectively. Enki and his siblings began making a lot of noise, which angered Apsu as it interrupted his sleep. Apsu decided to destroy his children, though his plan was revealed to Enki by Tiamat. As a result, Enki decided to strike first by putting his father to sleep and then killing him. Although the story continues, Enki is no longer the main character in it, as he is overshadowed by his son, Marduk. 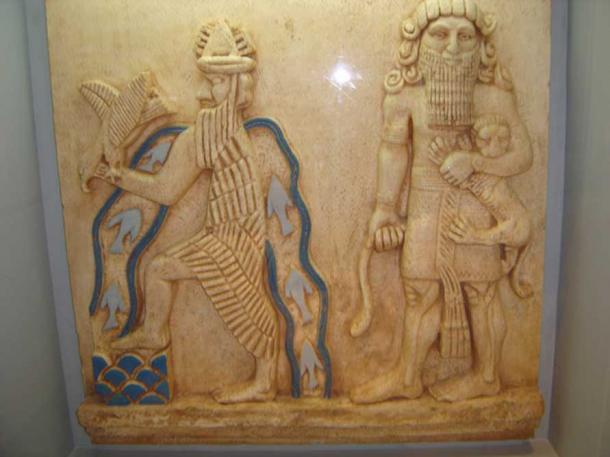 A possible depiction of Enki and Ziusudra. (solvo/CC BY ND 2.0 )

Enki also plays a major role in another Akkadian/Babylonian myth, the Atrahasis, which is the Mesopotamian version of the Great Flood. In this myth, Enki was responsible for the creation of mankind , who would serve the gods. 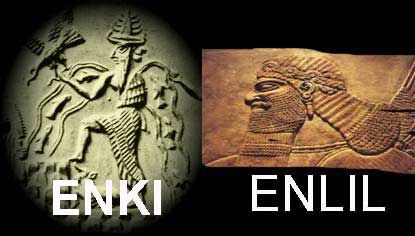 This race of humans multiplied quickly, and Enlil, the chief deity, became irritated by the amount of noise they made. Therefore, he decided to reduce the number of humans by sending catastrophes to kill them. Each time, however, the people appealed to Enki, who would tell them what to do in order to survive. 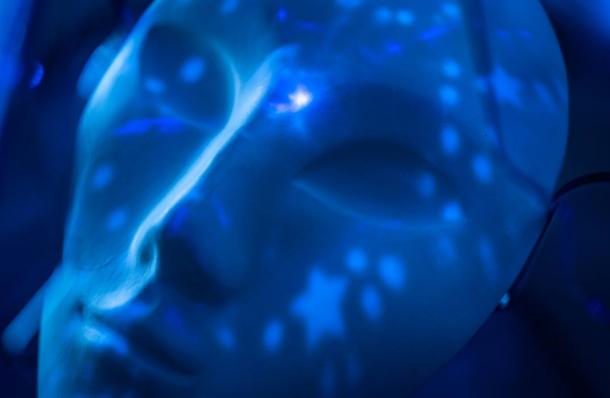 Finally, Enlil decides to wipe out humankind once and for all with a great flood . Enki is unable to stop Enlil’s plan and decides to go to earth to save one good man, Atrahasis. The man is told to build an ark and therefore manages to escape from Enlil’s wrath. 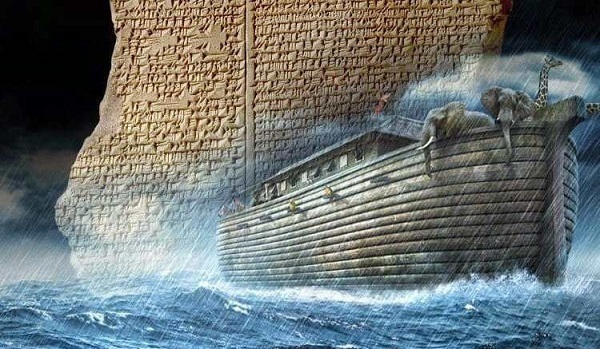 The rest of the human race, however, is destroyed. Enlil then suggests that human beings be made again, though these new creations would be less fertile, have a shorter lifespan, and would be more vulnerable than their predecessors. 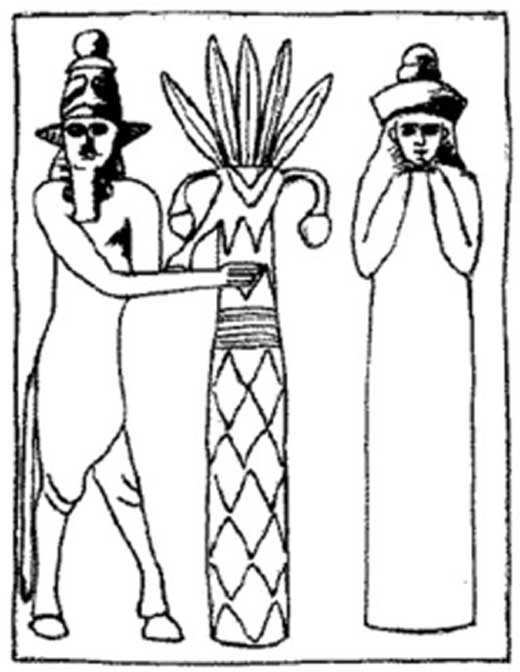 Reproduction of a seal representing the Sumerian god Enlil and his wife, the goddess Ninlil. ( Public Domain )

Enki as a Trickster and One Who is Tricked

In some myths, Enki is regarded as the father of the goddess Inanna, another major deity in the Sumerian pantheon. For example, in the well-known myth, The Descent of Inanna , a plan is devised by Enki to rescue his daughter from the Underworld when she is killed by Ereshkigal, her sister. He sends demons to trick Ereshkigal into giving them Inanna’s corpse, which they then resurrect.

In a myth which is entitled Inanna and Enki , the two deities engage in a drinking competition, during which Enki, who was completely drunk, gives his daughter all the Mes, i.e. the gifts of civilization. The next morning, when Enki realizes what he had done, he sent his followers to retrieve the Mes. Inanna, however, had returned safely to her city, Uruk. Realizing that he had been tricked, Enki had no choice but to make peace with Inanna and the city of Uruk. 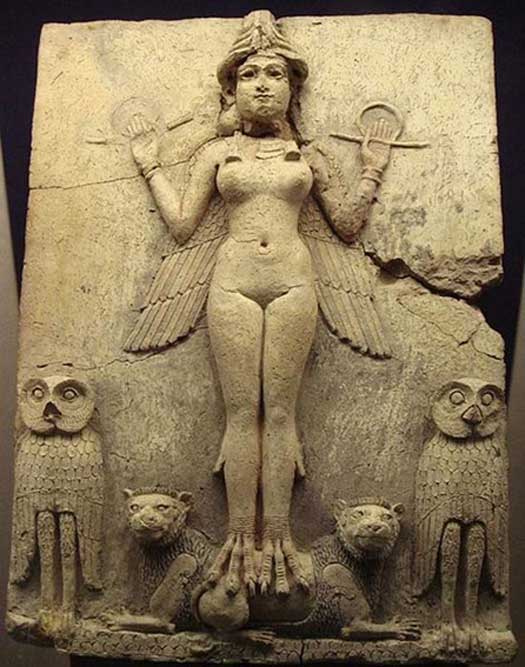 “Queen of the Night” relief. The depicted figure could be an aspect of the goddess Ishtar (Sumerian: Inanna) Mesopotamian goddess of sexual love and war. ( Public Domain )

In the myths above, it may be said that Enki was perceived as a wise and benevolent god who cared for humanity. In addition, it may be said that his strength laid in his cunning and his ability as a trickster. Nevertheless, as the last example demonstrates, even the trickster may at times be tricked. 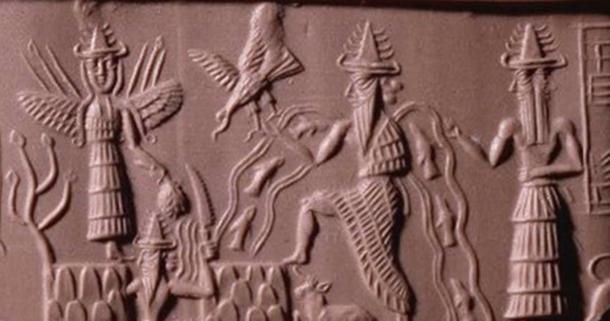 An image of Enki from the Adda cylinder seal. (The British Museum/ CC BY NC SA 4.0 )