On Good Friday, the holiest day in the Christian calendar, Bill Gates’ Microsoft released a commercial promoting its association with the elite’s favorite artist: Marina Abramovic, a renowned Satanist.

After a huge backlash from internet users, the Microsoft official video was set to “private” and all traces of the doomed campaign are now scrubbed from Microsoft’s official website.

In a promotional video posted on Microsoft’s official YouTube account, Abramovic is described as the “most legendary performance artist working now”.

The art project consists of people wearing the Holohens device to witness a ghostly version of Abramovic appearing out of nowhere while walking around while wearing a symbolic red dress. 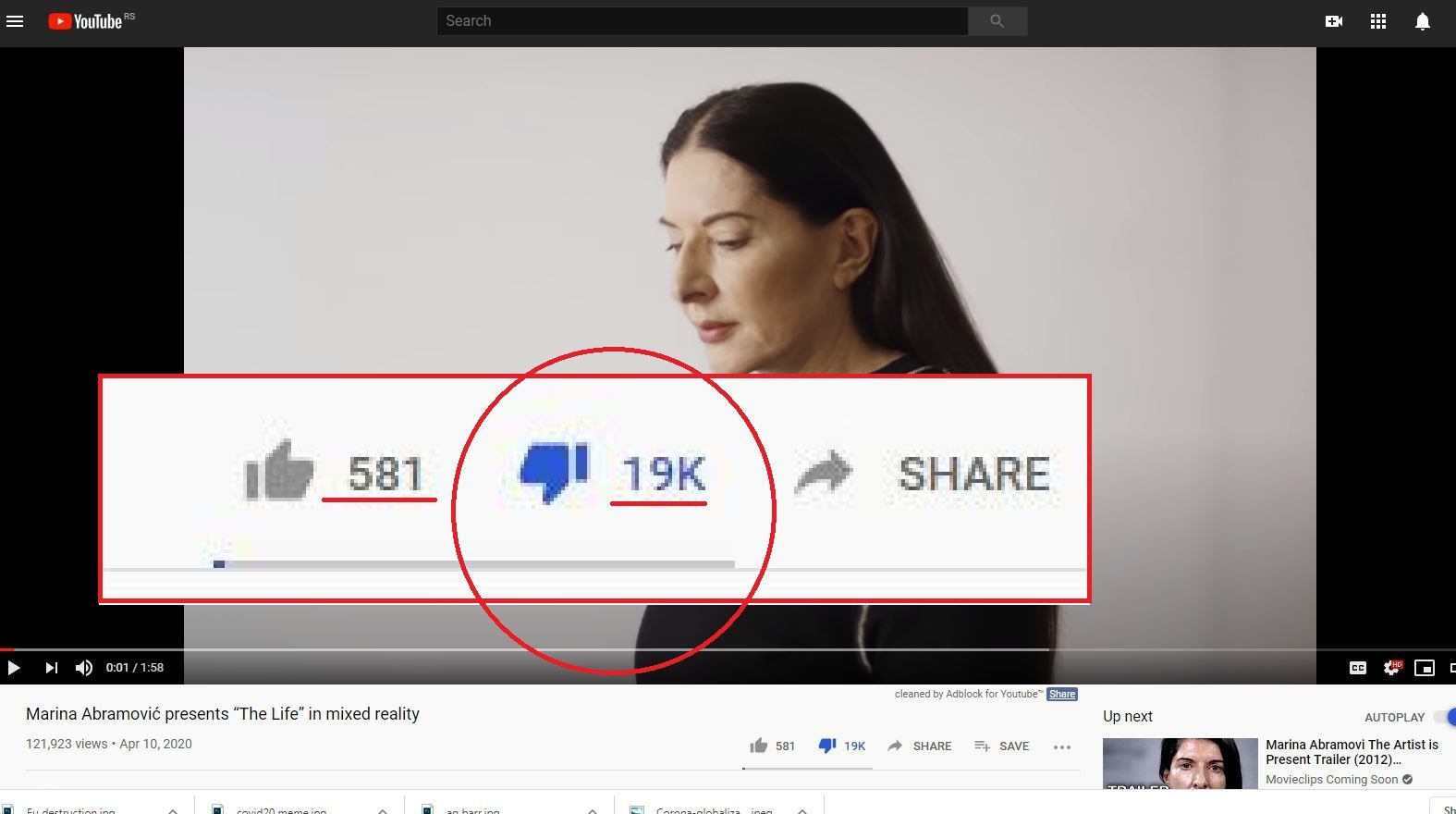 The video was removed after it gathered more than 90 percent disclikes and people in the comments section were calling her a satanist.

In the video, which was released on Good Friday, Marina says that the project allows her to attain a form of immortality.

“The Life is dealing with what is going to stay after I’m not there anymore, and I can face myself, and this frightening experience. Really like you’re facing your own ghost, but it is always this greater idea of immortality. Once you die the work could never die because the work of art can continue. In performance, the piece is only in the memory of the audience and nowhere else. Here I am kept forever.”

The video was not well received at all. After a flood of negative comments and about 90% thumbs down, Microsoft set the video to “private”. Since nothing can be truly deleted from the internet, the video was re-uploaded by other sources.

Microsoft also removed all traces of the campaign from its official website – although it still appears in Google search results:

The fact that powerful entities such as Microsoft keep showering Abramovic with infinite praise is quite telling. Because it doesn’t take much in-depth research to understand what she is truly about.

Mainstream sources describe Marina Abramovic as a performance artist who is known for “confronting pain, blood, and physical limits of the body”. More importantly, there’s a powerful element the permeates all of her works: Occult ritual.

For decades, Abramovic has been associating with the world’s most prominent artists, celebrities and politicians in events that are permeated with elements of black magic. In recent years, she became mostly known for inviting John Podesta to one of her “Spirit Cooking” events which involve lots of blood and other bodily fluids. Here’s a video dating from 1997 where she prepared such an event.

To sum everything up, Abramovic’s Twitter handle used to be AbramovicM666.

There is symbolism in releasing a video on Good Friday where an occultist talks about achieving immortality. There is also symbolism in the fact that the founder of this company is out there using a pandemic to push a global vaccine that could be paired with a microchip device.

It doesn’t take a fertile imagination to connect some dots and to understand the underlying philosophy going on here.

If you don’t see it, well, you’re kind of like that poor boy with his eyes covered by Abramovic … blinded by the occult elite.