Puma Punku is a place where one loses the notion of space and time. This temple complex located near Tiwanaku, Bolivia is one of the most incredible ancient ruins you will find in South America.

Perhaps the biggest mystery involving Puma Punku is, how ancient mankind managed to transport these huge blocks of stone from quarries within 10 to 100 km. How did they manage to achieve this type of precision cuts and how did they place the blocks in such a perfect manner. Engineers and constructors around the world today cannot answer nor replicate these achievements done by ancient mankind thousands of years ago. Archaeologists cannot come to a conclusion and answer how were these amazing blocks of stone transported. Some of them believe that it was accomplished by the large labor force of ancient Tiwanaku. Several theories have been proposed as to how this labor force transported the stones from the quarries to Puma Punku but these theories remain speculative.

Another puzzling mystery at Puma Punku is the assembly of the walls. Each stone was finely cut to interlock with the surrounding stones and the blocks fit together like a puzzle, forming load-bearing joints without the use of mortar. The precision challenges today’s engineering abilities.

The answer to these and other enigmas can be answered by a different approach and different thinking methods.

By looking at images from Puma Punku you can notice a perfection that is baffling, you will notice elegance in every single construction at Puma Punku, but most importantly, you will notice a mysterious pattern that could help explain how ancient man achieved all of this thousands of years ago.

This image is one of the best examples of advanced technology present at Puma Punku. We are looking at andesite blocks, a material that is extremely difficult to work with. Can anyone explain how ancient mankind managed such perfection, elegance and precision? We believe that this is one of the best examples of highly advanced tools that were made available to ancient man, thousands of years ago.

One of our favorite images of Puma Punku where you can see small holes that are placed with such perfection apart that it is hard to believe that primitive man achieved this with sticks and stones. 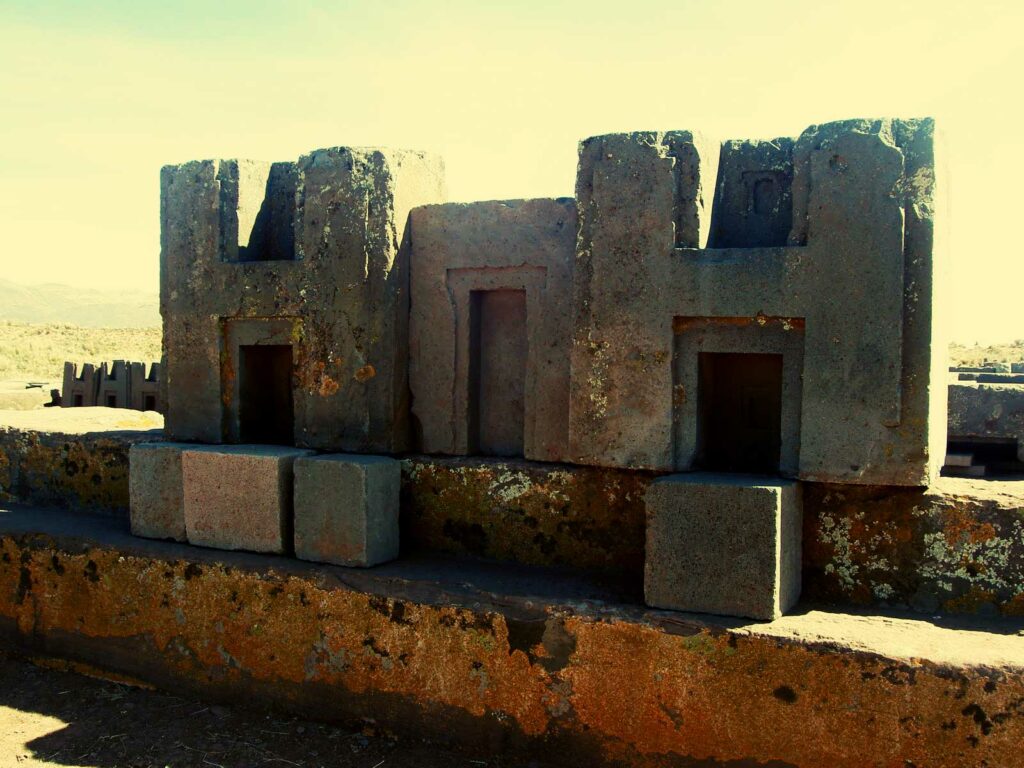 Puma Punku is one of the most important places if you want to see what ancient man was capable of. These stone structures are among the biggest ever found.

The H Blocks. A trademark of Puma Punku and perhaps one of the best examples of lost technology. The perfection present within these blocks is staggering. It is difficult to even think that ancient mankind managed to cut, transport and stack these blocks of stone which such perfection without the use of some sort of technology. Not everything can be achieved through force.

What do you think? Is it possible that the ancient builders of Puma Punku and Tiahuanaco had access to advanced technology that has been lost in history? A forgotten, omitted piece of history that mainstream scholars do not seem to be interested in?