Originally, the tribe we all know today as Aztecs, was once known as the Mexica, from which the modern name of the country of Mexico is derived.

When Aztecs found their new homeland, they changed their name to Mexica, ‘people from Mexico’. 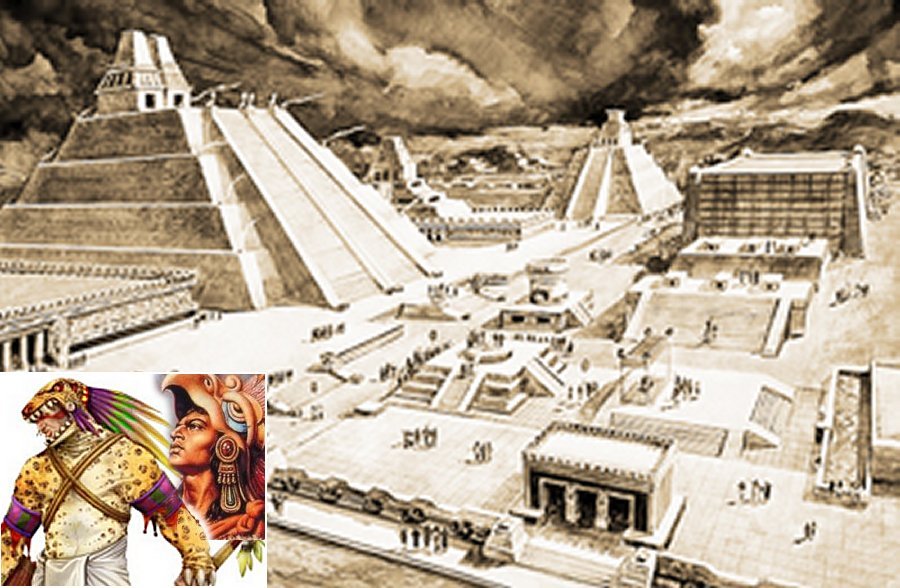 The term Azteca (‘Aztecah’) originally meant “people of the Aztlan” and referred only to a small tribe that – after long wandering (as the last of all peoples in Central America) finally settled at Coatepec  (in Nahuatl: ‘The Hill where the Snakes are‘) on the Mexican Plateau near Tula.

The starting point of the Aztec origin myth is a place known to the Mexica as Chicomoztoc, a place from which they emerged from one of seven caves. Chicomoztoc, however, was only the first stage of the supposed history of the Mexica before they finally found themselves in their historically known territory and established a regional power.

The Mexica are the source from which most of the accounts of the Aztec origin myth were recorded.

It was Alexander von Humboldt, a Prussian geographer, naturalist, explorer, who named the Mexica – the Aztecs. He put together the name “Aztlan” and “tec(atl)” where Aztlan “(‘Place of the Herons’) was the mythical homeland of the Mexica, and -teca(h) literally means ‘people of’.  Today the name ‘Aztec’ refers to not only the Mexica but also to the Nahuatl-speaking peoples of the Valley of Mexico and its surroundings.

Experts on the Mexican history including Dr. Alejandro Villalobos, the people we call today Aztecs, became the Mexica, when their god Huitzilopochtli appeared in a dream to four priests (Teomama). According to a legend, they took this name because Huitzilopochtli was also – Mexi. So, Mexica also means ‘sons of Mexi or ‘sons of Huitzilopochtli’. 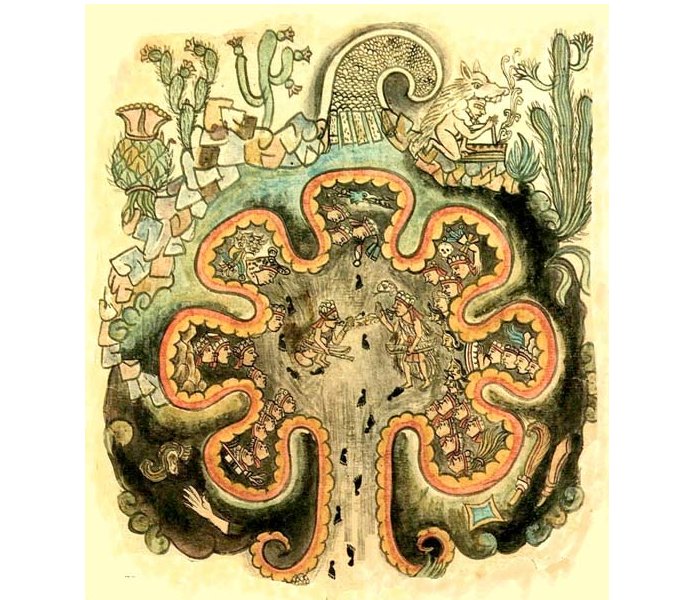 The seven caves of Chicomoztoc. Image via wikipedia

The Aztecs/Mexica are indeed mysterious people, especially regarding their origin. There are countless theories trying to explains, who they really were.

Interestingly, the Toltec theory of the first wave of Mexica is that they arrived in central Mexico states around 540 BC from what is now the Southwestern US. “The Aztec Calendar Handbook,” says that the so-called Aztlan and the legendary seven caves often mentioned in legends of these people was a site known today – Kanab, Utah.

Others believe the group originated in the old Tule lakes in northeastern Siskiyou County and northwestern Modoc County in California, along the border with Oregon. Still some others propose the mythical Aztlan might be eastern Oakland.

Perhaps we’ll never know where the Mexica’s Aztlan was located but they confirmed their existence historically. Their powerful empire was founded in Tenochtitlan on an island in Lake Texcoco in the Valley of Mexico, on June 20, 1325.

Tenochtitlan was not created accidentally. According to legend, the wandering Mexica observed an eagle devouring a snake while sitting on a cactus, a sign they had supposedly been informed they would see by their patron god Huitzilopochtli upon leaving Atzlan.