Women want love, marriage and family. Men want Sex. Before second-wave feminism, the watchword for women was “No sex before marriage.” Feminists like Brown duped women into giving sex in exchange for NOTHING. Thanks partly to her, almost 50% of American women are childless today.

She deprived women of their honoured natural and social roles as wives and mothers. Feminism pretended to empower women while doing exactly the opposite.

“For every genuine case of men sexually harassing women, there are probably ten cases of women using sex for advancement. Helen Gurley Brown made that strategy explicit.” – Reader

Cosmo Editor Helen Gurley Brown, (1922-2012) was called “champion of the single girl”. She taught them to sell their bodies rather than demand love, courtship and marriage first. She was an Illuminati social engineer, a satanist whore who made prostitution seem chic.

How the Illuminati Taught Young Women to Trade in Sex

In 1965, Helen Gurley Brown, the editor of Cosmopolitan, said that a housewife was “a parasite, a dependent, a scrounger, a sponge or a bum.” She didn’t call them whores because she respects whores.

Her sister-in-arms, Betty Friedan, compared homemakers to “concentration camp inmates” because of the lack of stimulation and opportunity for advancement in concentration camps. (The Feminine Mystique, p. 306) 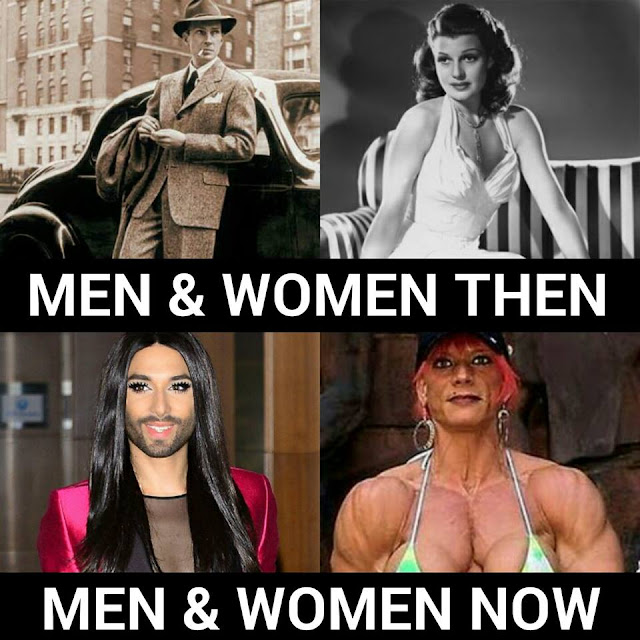 “The scale of marital breakdown in the West since 1960 has no historical precedent,” says historian Lawrence Stone. In 40 short years, the marriage rate is down by one third, the divorce rate has doubled, the birth rate is one half, and single-parent families per capita have tripled. Forty per cent of all children born in the US in 2007 were out of wedlock compared to 4% in 1957. (Bennett, The Broken Hearth, p.10)

In 1952, the Rockefellers controlled $250 million dollars of media advertising annually. They hyped Helen Gurley Brown’s 1962 book, “Sex and the Single Girl” and the movie. Single women were told they should have career and sex instead of family. At the same time, the Rockefellers were also funding and lobbying for population control and eugenics.

As editor of Cosmopolitan (1965-97), Brown was a role model for career women the world over (36 foreign editions.) She married her manager at age 37 and remained childless. Along with Communist activist Betty Frieden, and CIA agent Gloria Steinem, Brown belongs to the triumvirate of modern feminist social engineers.

When she died, Mayor Michael Bloomberg said, “New York City lost a pioneer who reshaped not only the entire media industry, but the nation’s culture. She was a role model for the millions of women whose private thoughts, wonders and dreams she addressed so brilliantly in print.”

Every issue is a HO issue

WHAT HOUSEWIVES ARE NOT…

“Why wasn’t I revolted? I was a little but not utterly. I think even then I was a practising realist… I tried to do whatever you needed to do to survive.” (4)

She got a secretarial job on the understanding that she would sleep with her married boss and he would “take care” of her in return. This arrangement lasted for a few years. She describes the routine:

“After cocktail hour we did go to my flat to make love. The lovemaking? …This was two people copulating — he seemed to have a good time…Moi learned to fake often and well.” (15)

Brown’s excuse is that she was a helping a mother and invalid sister back in Arkansas. (Prostitutes generally don’t come from wealth.)

Her only regret: she never really got the promised financial payoff: “I needed somebody to tell me how to treat a man in this situation, how to flatter and cuddle and coo. I should have done it better.” (19)

Helen Gurley Brown became that tutor. She taught women how to parlay sex appeal into profit and control. She helped to transform feminine nature from love and devotion to calculated predation.

Here is how she got her husband to marry her.

“You get the hook in. The darling, charming, delicious, sexy you has to have sunk into him so seriously; the hook [is] buried so deep he can’t get it out without severe pain, i.e. can’t live without you. You then close in and deliver your ultimatum. I had to deliver mine twice.” (27)

While Brown claims she was loyal, she thinks adultery is just fine. The man’s wife is to blame if he strays. Sex, Brown says, “is a physical feeling” “it feels good… one of the best things we have….” not to be subjected to “a moral imperative.” 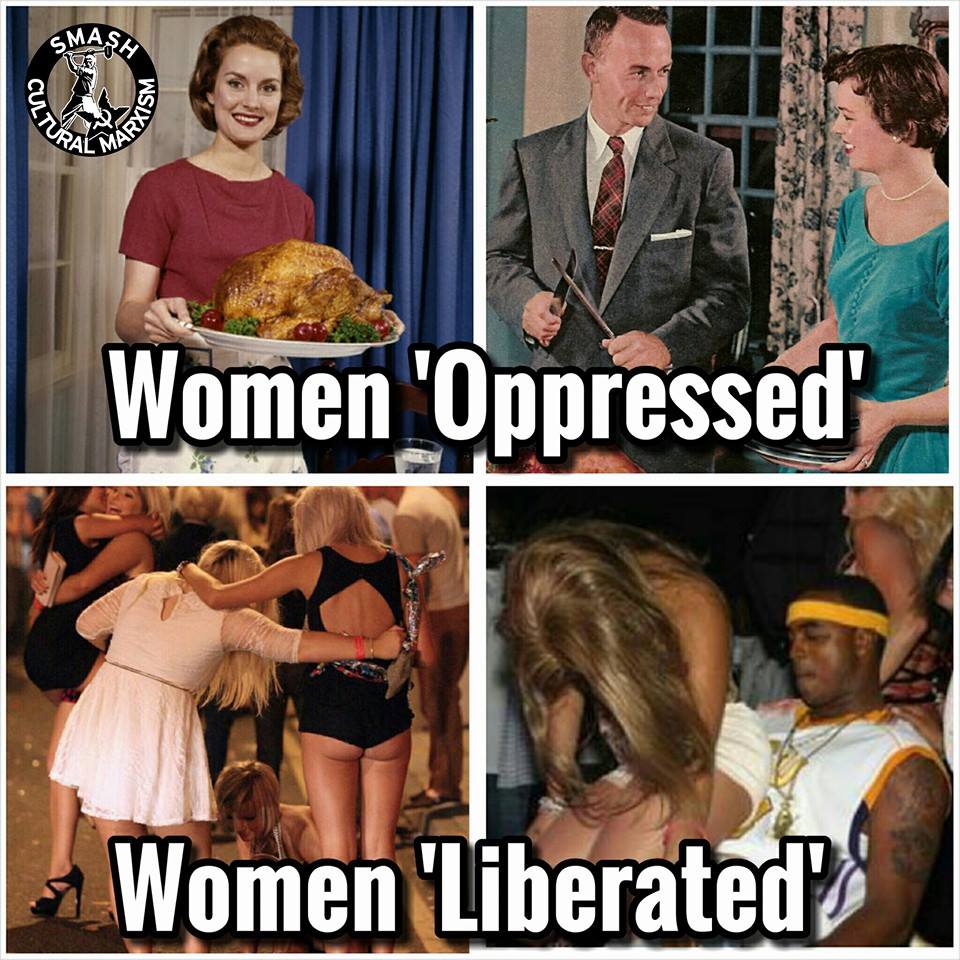 Suffocating a sexual urge can lead to “twitches, tension or depression” and driving “off a cliff some night.” (52) But, like a practised madam, she cautions “never sleep with someone who has less money or more troubles than you.” (225)

Office romances and even sleeping with the boss is just fine as long as you’re discreet. (107) She tells her readers to make the boss “look good,” let him take credit for their work, and don’t complain about putting in extra hours.

Feminism, it seems, has removed wives and mothers from their families, and put them to work for corporations. Instead of serving husbands and children who love them, women now obey bosses who pay for their services and fire them in a downturn.

In Brown’s view, if a loving husband provides for a devoted wife, she is a “parasite.” But if she is a corporate slave or whore, then she is “independent” and “liberated.”

This quote from the review of a new biography reiterates her contempt for marriage and family: “When “Sex and the Single Girl” came out in the early 1960s, the most shocking thing … was Brown’s matter-of-fact attitude toward affairs with married men.”

Feminism is an excuse to sell yourself:

“…she recommended that her readers take advantage of the situation, milking a guilty and grateful married lover for gifts, money and workplace advancement, which Brown regarded as fair recompense for the fact that men got paid more than women and kept the best jobs for themselves.”

FAMILY vs. FEMINISM: THE BATTLE LINE OF THE NEW WORLD ORDER

Sex and the Single Girl

The message that sexual urges were not to be denied, that promiscuity was “cool” and “modern,” was instilled in women to degrade them and undermine marriage. The state is intended to replace the family.

In reality, women achieve fulfillment through self-sacrifice. It is a vicious slander to portray devoted hardworking wives and mothers as “bums” and “parasites.”

The assumption that only work performed for cash (state / economy) is of value is sick. They want to denigrate the personal and spiritual realm, the private life of the family and the effort that this entails.

Brown says, “Whenever you live through someone else, they want someone else.” This is simply not true. We love mom because she put us ahead of becoming the top producer at Century 21. Love is self-sacrifice.

Beyond a certain point, worldly ambition in a woman is masculine and impersonal. America is full of bitter neutered women and befuddled emasculated men.

The only question remaining, Was she Jewish? This is unclear, but she married a Jew and perfectly advanced the Masonic Jewish agenda.

Zionist Jews definitely mourned her passing.  If she wasn’t an Illuminati Jew by birth, she was in every other respect. She did more than most to fulfill a primary goal of Communism — destroy the nuclear family.

I invite you to watch this very well made documentary on  the ongoing war on the Masculine and Feminine: