Jeffrey Epstein did not kill himself, a leading forensic pathologist who was hired by his brother to examine the body has claimed.

The Telegraph Report: Mark Epstein, the younger brother of the financier, has always been concerned that the death behind bars of Epstein, 66, was unexplained.

His death launched a series of conspiracy theories speculating that Epstein was murdered to keep him from revealing information about the rich and powerful men in his social circle who may have been involved in crimes, including sex trafficking.

“The brother doesn’t think it was suicide – he is concerned it might be murder,” said Dr Michael Baden, one of the world’s leading forensic pathologists and a former chief medical examiner for New York City.

“It’s 80 days now and if, in fact, it is a homicide, other people might be in jeopardy.” 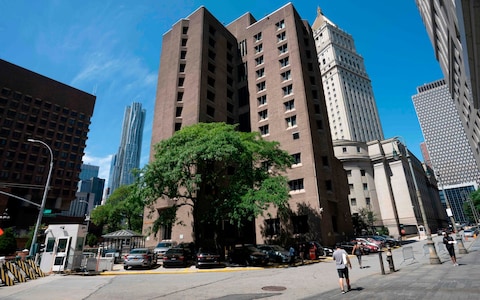 Epstein was found dead in a New York City jail on August 10, while awaiting trial on charges of sex trafficking of minors. The New York City medical examiner, Barbara Sampson, ruled on August 16 that Epstein’s cause of death was suicide by hanging.

However the second pathologist, hired by Mr Epstein, came to a different conclusion, having viewed the body and been present at the autopsy the day after Epstein died.

He also raised questions about the handling of Epstein’s body.

“They rushed the body out of the jail, which they shouldn’t do because that destroys the evidence,” he said.

Dr Baden found that Epstein had two fractures on the left and right sides of his larynx.

He told the Miami Herald that it is rare for any bones to be broken in a hanging, let alone for multiple bones to be fractured.

“Those fractures are extremely unusual in suicidal hangings and could occur much more commonly in homicidal strangulation,” said Dr Baden.

He added that there were haemorrhages in Epstein’s eyes that are also more common in strangulation than in hangings.

He also claimed that the pathologist who actually conducted the autopsy, Dr Kristin Roman, also had trouble determining that Epstein hanged himself, and ruled that the manner of death was “pending.’’

“The autopsy did not support suicide,” said Dr Baden. “That’s what she put down. Then Dr Sampson changed it a week later to manner of death to suicide.

“The brother has been trying to find out why that changed. What was the evidence?”

Dr Baden’s view echoes that of Jonathan Arden, president of the National Association of Medical Examiners.

Mr Arden was asked by The Washington Post for his response to reports that bones were broken in Epstein’s neck, including the hyoid.

Mr Arden, who did not examine the body, said a hyoid can be broken in many circumstances but is more commonly associated with homicidal strangulation than suicidal hanging.

The paper was criticised following publication of the August 15 report, which many said fuelled conspiracy theories.

Yet following the autopsy, it was revealed there were major security lapses at the Metropolitan Correctional Center.

The two guards watching Epstein both fell asleep, failed to check on him for three hours, and falsified records to cover up their mistake. The security cameras surrounding his cell were also switched off.

The two prison officers were suspended, and the warden was reassigned.

William Barr, the US attorney general, has ordered a federal investigation, which is yet to make public its deliberations.

Reid Weingarten, Epstein’s lawyer, told a court hearing on August 27, to formally close the case against him, that Epstein’s body had been moved before forensic analysis could be carried out, and demanded to know why the prison guards were reportedly refusing to testify about events on the night of his death.

He also wanted to know why his team had not been able to view video camera footage from inside the jail.

The footage, he said, was “corrupted”, and he wanted to know how long the system had been malfunctioning.

“What if the tapes only broke down when he died? Then we are in a whole different territory,” he said, saying that the whole case was full of “conspiracy theory galore”.

Dr Sampson, the chief medical officer, said in response to Dr Baden’s claims that they stood by their initial decision, and would not support a second autopsy.

“Our investigation concluded that the cause of Mr Epstein’s death was hanging and the manner of death was suicide. We stand by that determination.