Maxwell was accused by many women of recruiting them to give Epstein massages, during which they were pressured into sex. Those accusations, until now, never resulted in criminal charges

Maxwell had kept a low profile, and her location was unknown since Epstein’s arrest last July on charges that he abused and trafficked in women and girls in Manhattan and Florida between 2002 and 2005. The search for Maxwell has been the subject of intense speculation, with reported sightings and rumors of her whereabouts popping up across the US and even abroad.

She was arrested in the small town of Bradford, New Hampshire at 8.30am.

Epstein, who pleaded not guilty, killed himself in his Manhattan jail cell in August last year.

The indictment described Maxwell’s relationship to Epstein as “personal and professional” – and that she was “in an intimate relationship” with him from about 1994 to 1997.

According to charging documents, Maxwell “befriended” some of these victims, “including by asking the victims about their lives, their schools, and their families”.

She and Epstein spent time forging relationships with these girls, by taking them shopping and to the movies. The alleged grooming happened, according to the documents, at Epstein’s manse on the Upper East Side neighborhood of Manhattan, his estate in Palm Beach, Florida, his ranch in Sante Fe, New Mexico, as well as Maxwell’s residence in London.

After developing a rapport, the documents allege, “Maxwell would try to normalize sexual abuse for a minor victim by, among other things, discussing sexual topics, undressing in front of the victim, being present when a minor victim was undressed, and/or being present for sex acts involving the minor victim and Epstein”.

Sometimes, Maxwell would give Epstein massages in front of victims whereas other times, she urged them to give him massages, “including sexualized massage during which a minor victim would be fully or partially nude.” These would often involve Epstein sexually abusing these minors.

On some occasions, Maxwell was “present for and participated in the abuse”.

To hide her involvement with Epstein’s abuse, Maxwell gave false information “under oath” in civil litigation, the indictment claims.

Several of Maxwell’s attorneys could not immediately be reached for comment.

Maxwell’s father was the British media baron Robert Maxwell. She was was a one-time girlfriend of Epstein’s and key presence at his side in his glittering social life, which often included rich, influential and powerful people from around the world in politics, the arts and science. 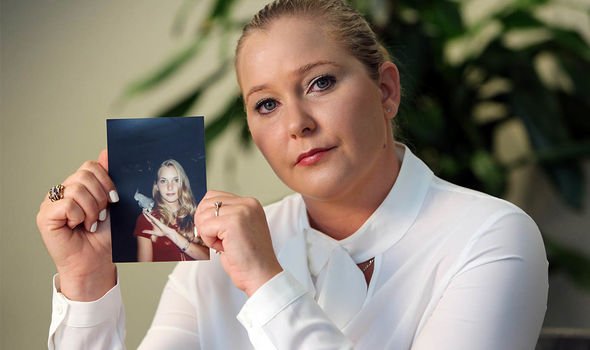 Virginia Giuffre, one of Epstein’s alleged victims, has said in a civil lawsuit that Maxwell recruited her into Epstein’s circle, where she claims Epstein forced her to have sex with him and friends including British royal Prince Andrew – who has strongly denied the allegations.

Maxwell has said Giuffre’s allegations are untrue. Giuffre in response filed a defamation suit against Maxwell in 2015.

When Epstein killed himself, many victims complained that his death had robbed them of a day in court to tell their stories and get justice with a verdict. For some, Maxwell’s arrest appears to offer a second chance of that happening, if it comes to trial.

Epstein accuser Jennifer Araoz issued a statement in which she said that she and other Epstein survivors were “able to take a breath of relief” after hearing the news of Maxwell’s arrest. “Day after day, I have waited for the news that Maxwell would be arrested and held accountable for her actions. Her arrest is a step in that direction, and it truly means that the justice system didn’t forget about us.”