The Arkansas House has voted to ban employers in the state from requiring their employees to be implanted with a microchip.

USNews Report: “The House on Thursday approved by an 84-4 vote a bill that would ban employers from requiring an implant as a condition of employment. The measure would only allow microchipping if the employee gives written consent, and employers would be responsible for the cost of implanting and removing the chip.

The bill now heads to the Senate.”

This is very scary as microchiping is not mandatory for the moment, in the video clip bellow Fox14 reported that this bill could result in new Law that would make it mandatory to have a microchip implanted in your body if you want to keep your job.

So this bill is a double edged sword because it make it look like workers will have the freedom to say no if their boss ask them to be microchipped but enventually this bill will result into a law that will make it mandatory to be microchipped…what the heck right?!

If you have done your homeworks you must know that those in power want every citizens to be microchipped.

That’s one of the major step torward their dream of a one world government where all the citizens of the world will be totally enslaved and unable to do anything like pay their groceries, open a bank account, or rent a house without taking the mark of the beast.

The bible and other religious texts have been warning us about the microchipping of the human race, it’s reffered as the mark of the beast.

This microchipping agenda is the total loss of our freedom, you will  be registred in a massive database and the goverment will be able to see exactly where you are in real time, they will be able to take all you money away if they want to, Suppress you from society, target you, listen to everything you say and so on…

If you think we have less and less privacy these days because of smartphones..Smart Televisions…This is nothing compared to the level of intrusion of your privacy these microchips will bring.

To be clear, you will have NO privacy left and no Freedom left.

This isn’t a conspiracy anymore, some years ago if you told people that those in power want us all microchipped they would have laughed at you.

And now here we are in 2019, and Microchipping is been promoted on the mainstream media and is one step away from becoming mandatory for all employees, Scary times we live in. You can expect to see some kind of “Trend” comming where we see celebrities taking the microchip and showing you how “cool’ and “practical” it is, again just like the vaccines agenda. 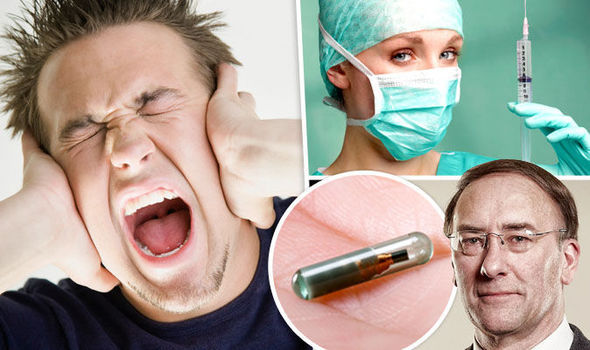 No human being should be forced to take something into their body if they don’t consent to. That’s a basic human right, it’s your body and you decide what goes into it.

Sadly those in power coudn’t care less about our basic human rights, they see us as cattle and we will have to fight hard and inform other people of the danger that thmis icroshipping agenda represent to avoid this agenda  from reaching it’s goal.