The ancient coin which was discovered in Egypt according to reports depicts what many believe is an alien-like creature. In the past, numerous other coins have been found which depict what many believe are flying machines.

Every once in a while we come across certain objects that make us wonder ‘what if we are not the entire story’ when it comes to history, alien life, and civilization on Earth.

Just as there are ‘bogus’ artifacts that are clearly FAKE, there are others however that make you question lots of things.

In the past, people from around the world have discovered ancient coins that are anything but ordinary. Some of them depict strange ‘flying objects,’ while others –like one of the coins posted below— seem to offer conclusive evidence that we have in fact been visited by alien lifeforms –just as the ancient astronaut theory presuposes— tens of thousands of years ago.

In earlier articles, we posted details about a strange coin which dates back to the 1680’s. Depicted on it is an object which according to many is the ultimate proof UFO’s, aka flying saucers visited our planet in the past. While some agree that it’s definitely ancient alien evidence, others disagree suggesting that we are looking at illustrations of shields, and not flying machines on coins which date back hundreds of years.

Over the past few years, skeptics have come up with their own theories disproving the one proposed by UFO hunters saying that the object depicted on the 17th-century coin could be a drifting mushroom or flower, or even a shield.

However, a newly found coin –which by the way has all the right ingredients for being called out as a fake— has woken interest among skeptics and UFOlogists who are debating about its origin and authenticity.

According to thesun.co.uk, “during a house renovation in Egypt, someone came across a mysterious coin that seems to show the head of an extra-terrestrial being, with huge hollow eyes, a bald hea, and thin cheeks.”

Mysterious Earth writes that: “A group of people who worked on the renovation of a house in southern Egypt found a number of very rare coins.”

While any have rushed forward suggesting this is by far the best evidence of alien visitations, we need to hold on for a minute here and look at other possibilities.

While the coin is sensational to say the least, it doesn’t necessarily mean its authentic, but for that matter neither fake. The truth is that with all findings of a similar controversy, people rush to make conclusions without considering all possibilities. 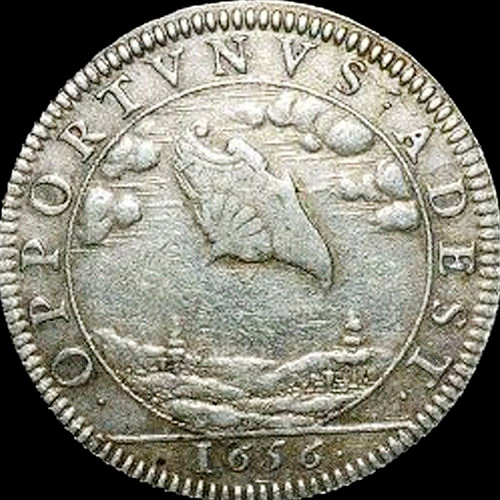 What some see as an alien craft, others see as clouds or shields.

The truth is that detailed information about the coin ‘depicting an alien-like creature’ is extremely limited. The only information we have is that it was discovered among ‘other ancient coins’ during a house renovation in Egypt. Nearly all of these coins have an inscription in Latin, which obviously mean they did not originate in Egypt, but most likely somewhere else.

The coin with the mystery creature on its side has “OPPORTUNUS Adest” carved on the back, Latin for “its here in due time.”

Whether or not the newly found coin depicting an alien-like creature is real or not remains a profound mystery. The most likely conclusion is that the coin is a modern forgery since NO EXPERTS have actually verified the item, analyzed it or seen it. All the information comes from different websites which can’t agree on what’s what.

While the story is fascinating to say the least, it’s hard to conclude if it’s real. 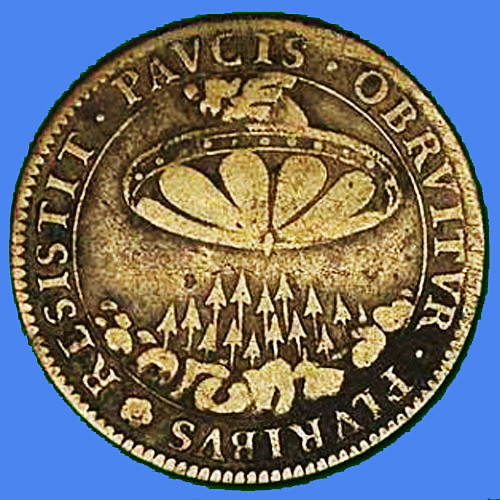 A shield or a UFO?

The truth is that several coins have been found in the past which have proven to be real, and depict what many interpret as FLYING OBJECTS. That, however, is up to each person’s interpretation. What some see as flying saucers, others may identify as shields or other objects.

Nevertheless, these coins are extremely interesting and make you wonder WHAT IF, they are true. In regards to the coin depicitng the alien-like creature, I’d have to say it’s just another modern forgery until someone proves otherwise.

Let me know what you think and post your comments below!

Could these creepy coins prove that aliens lived among the ancient Egyptians?

While Renovating A House In Egypt Someone Found These Mysterious Coins