“From the air, Teotihuacan’s city layout mysteriously resembles a computer circuit board with two massive processor chips, which in this case are represented by the Pyramid of the Sun and the Moon.

The ancient city of Teotihuacan is one of the oldest Pre-Columbian cities in the American continent.

Built by an unknown civilization, the mysterious city was found devoured by vegetations when the ancient Aztecs arrived.

Excavations have shown that the structures of Teotihuacan have abnormal amount of Mica embedded into them, a fact that raises numerous questions. 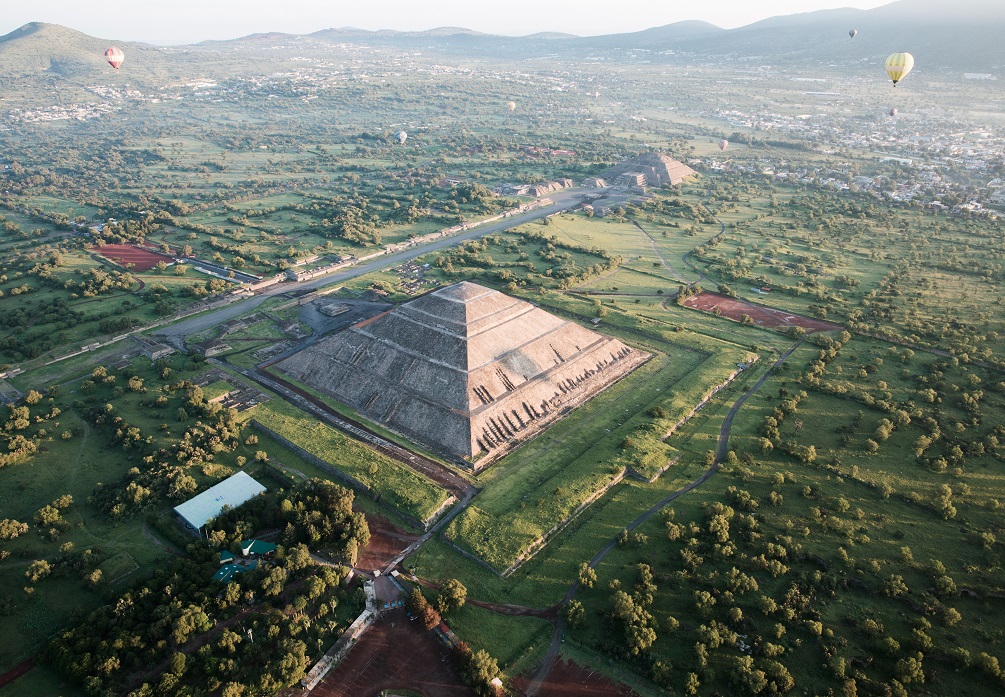 Teotihuacan, the city of the gods

Teotihuacan from Nahuatl: Teōtihuācan, is the ”place where men become gods“ or the „place where the gods were made, or city of the gods. The name of Nahuatl origin was used by the Mexica, Aztecs, to identify this city built by a civilization before them and which was already in ruins when the Mexica saw it for the first time.

To date the name given by its original inhabitants is unknown.

The remains of the city are located northeast of the Valley of Mexico.

The city is shrouded in mystery for a number of reasons. Despite the fact that it was one of the most influential cities in the American continent, we know very little about it. In fact, the origins of Teotihuacán are still the subject of research among experts.

Around the beginning of the Christian era, Teotihuacan was a village that gained importance as a center of worship in the Anáhuac basin.

The first significant constructions are believed to have been erected at that time, as shown by excavations performed at the Pyramid of the Moon.

The city grew in importance during the Classic Period (3rd to 7th centuries AD).

An illustration of a computer circuit board. Image Credit: History.

At that stage, the city was an important commercial and political node that reached an area of almost 21 km2, with a population ranging from 100,000 to 200,000 inhabitants.

The influence of Teotihuacan was felt in all the directions of Mesoamerica, as shown by the discoveries in cities such as Tikal, Monte Albán, and other sites that had an important relationship with Teotihuacan.

Scholars are unsure of the ethnic identity of the first inhabitants of Teotihuacan.

Among the candidates are the Totonacs, and the Nahuas.

An illustration of Teotihuacan. Comparing it to the image above, does it resemble a modern-day circuit board? Image Credit: History.

The most recent hypotheses suggest that Teotihuacan was a cosmopolitan city in whose flourishing groups of diverse ethnic origin were involved.

However, these are mere assumptions.

As noted previously, the identity of the people who founded Teotihuacan is a mystery.

Teotihuacan had long been abandoned before the arrival of the Spaniards to Mesoamerica. This means that the few references to the city that were preserved in the historical sources produced in the years after the Conquest of Mexico do not speak properly about the inhabitants of Teotihuacan but of the representation of those who lived after the Teotihuacan collapse.

The Nahua informants of Bernardino de Sahagún thought that Teotihuacan was the place where the gods met to give rise to Nahui Ollin, the Fifth Sun according to native mythology, a period which illuminates the contemporary era.

According to colonial sources, the Nahuas thought that Teotihuacan was built by the quinametzin, a race of giants that populated the world during the previous era and whose survivors hid away.

The temples, the pyramids of the city were imagined as massive tombs of the Gods who founded the city, a sacred place where after death, men would become gods.

For reasons that have not yet been fully elucidated, Teotihuacan collapsed towards the middle of the 8th century, giving rise to the Mesoamerican Epiclassic Period. 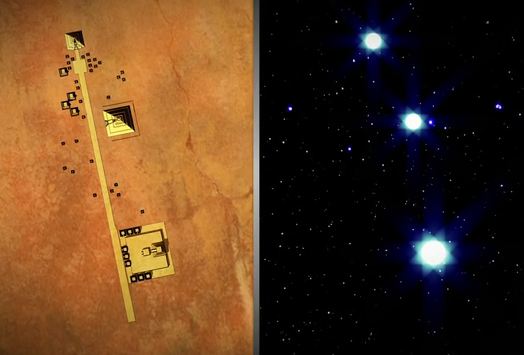 According to archaeologists, the advanced design of Teotihuacan suggests that the ancient builders had the knowledge not only of architecture but of complex mathematical and astronomical sciences. One of the most amazing details about Teotihuacan, and what makes it different from other ancient sites is that when observed from the air, Teotihuacan’s city layout strangely resembles a computer circuit board with two large processor chips— the Sun Pyramid and the Moon Pyramid.

Researchers have also found numerous and remarkable similarities to the Great Pyramids of Egypt.

However, if the idea of Teotihuacan resembling a modern computer board doesn’t arouse your imagination, perhaps the large amount of mica embedded into the monuments of Teotihuacan will.

Archaeologists have found that Teotihuacan’s structures are embedded with mica.

This mineral is found 3,000 miles away in Brazil and is found in nearly all buildings, housing complexes, temples and along the roads of Teotihuacan.

Excavations have revealed that the pyramid of the Sun in Teotihuacan contained considerable amounts of mica in layers up to 30 cm.

Certainly, Mica was not included in these constructions for decoration because you couldn’t actually see it, so it is clear that this mineral was incorporated into the monuments for another purpose.

Mica is stable when exposed to electricity, light, moisture, and extreme temperatures. It has superior electrical properties as an insulator and as a dielectric, and can support an electrostatic field while dissipating minimal energy in the form of heat; it can be split very thin (0.025 to 0.125 millimeters or thinner) while maintaining its electrical properties, has a high dielectric breakdown, is thermally stable to 500 °C, and is resistant to corona discharge.

At Teotihuacan, we basically have a massive ancient city, whose builders are unknown to history, with pyramids and surrounding structures that resemble a computer board when seen from the air.

In addition to that, we know that the builders of the ancient city incorporated Mica into the structures of the city. Mica wasn’t placed there for aesthetic purposes, which raises numerous questions. Is there perhaps an otherworldly influence behind Teotihuacan? And, is it possible that the entire city was not only built to serve as city, but to harness some sort of energy?