More than 80 years ago, Chinese archaeologists discovered a cave system with chilling skeletons with elongated heads, a cosmic map, and more than 700 strange discs…

The mysterious discovery was allegedly made in 1930 when Chi Pu Tei, an archeology professor at Peking University and his students were on an expedition to explore a series of caves in the inaccessible mountains of Bayan Kara Ula, near Tibet, which were supposedly carved artificially in a system of underground tunnels and pantries.

It was suggested that these skeletal remains could have belonged to an unknown species of a mountain gorilla, but Professor Chi Pu Tei did not agree and responded: “Whoever heard about monkeys burying each other?”

There were no epitaphs in the tombs, but instead, they found more than 700 stone discs (“Dropa Stones”) with 8 cm holes in diameter at their centers.

On the walls, carvings of the rising sun, the moon, stars, the earth, mountains, and dotted lines linking the earth with the sky were found.

The discs and the cave paintings are said to date approximately 12,000 years. Their whereabouts today remains a mystery.

All of this raised a great mystery: Who were these mysterious beings? What were the enigmatic discs, and where did the star maps carved on the cave walls lead to? 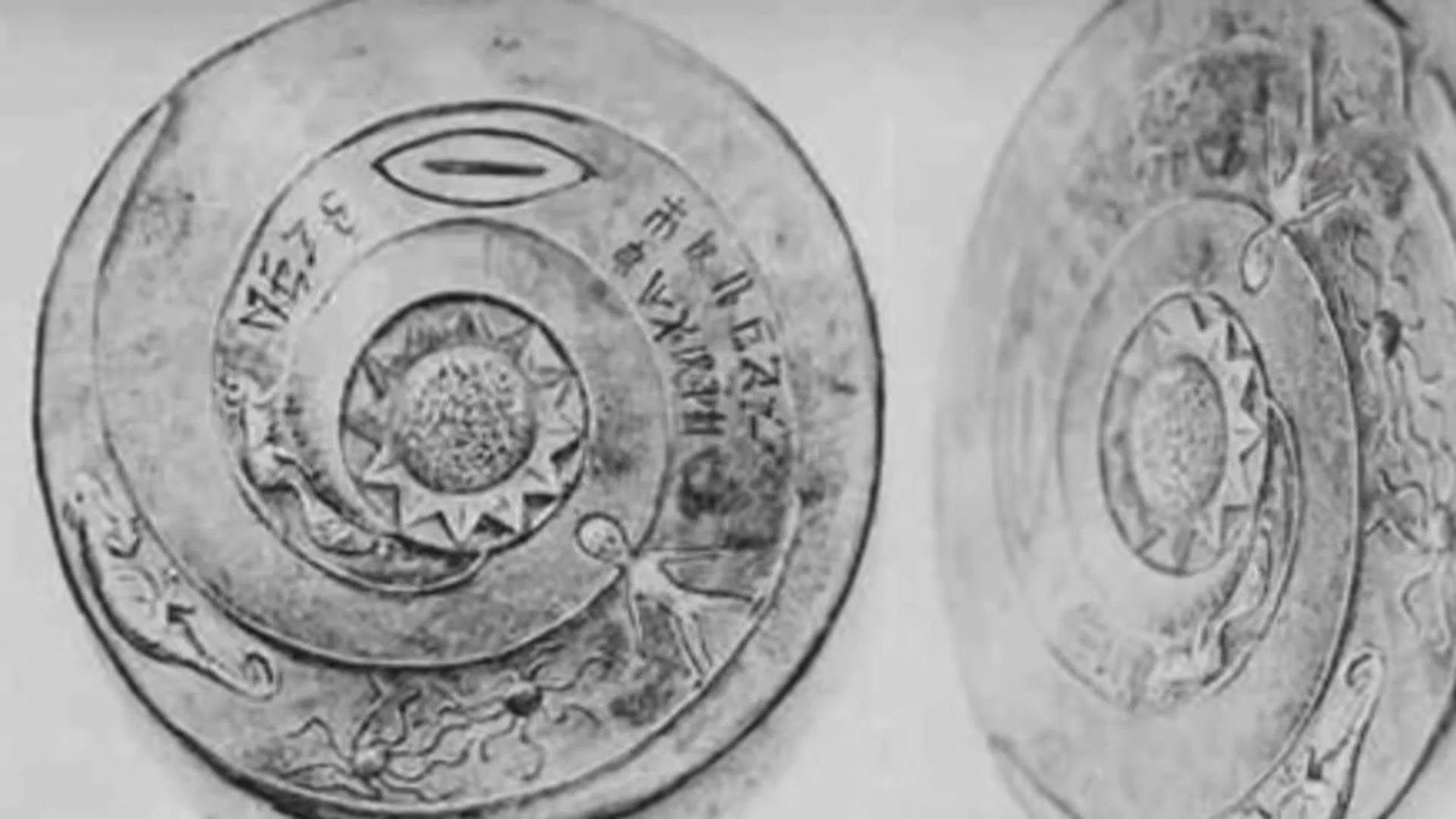 Each stone disc, reportedly, would have been inscribed with two thin grooves that spiral from the edge to the central hole.

It is believed that the enigmatic Dropa Discs and other items discovered during the expedition were kept at the Peking University for 20 years.

All attempts to decipher the writing on the Dropa Discs were useless.

However, the discs were examined by Dr. Tsum Um Nui, in Beijing around 1958, who concluded that each groove consisted of a set of tiny hieroglyphs of unknown origin.

The rows were so small that a magnifying glass was necessary to see them clearly. Many of the hieroglyphics were worn out by erosion.

When Dr. Tsum allegedly deciphered the symbols, he revealed how the ancient writings tell a story of an otherworldly encounter where an ancient alien ship crash landed on Earth some 12,000 years ago.

According to Tsum Um Nui, one of the hieroglyphic lines read: “The Dropas came down from the clouds in their aircraft. Our men, women, and children hid in the caves ten times before sunrise. When at last they understood the sign language of the Dropas, they realized that the newcomers had peaceful intentions.”

Another section reads “regret” of the inhabitants of the mountain (tribe of the Ham) because the aliens had crashed their ship and could not build another to return to their planet.

However, he would have been mocked to such an extent that he left China in exile moving to Japan, where he would later die.

It is said that the Beijing Pre-History Academy would never have allowed him to publish or discuss his find again.

Furthermore, due to the fact that “Tsum Um Nui” is not a real Chinese name, some critics suggest that the man never existed.

Others claim that Tsum Um Nui is a Japanese name adapted to the Chinese language. In addition to his theories about the Dropa, there is no further evidence that he ever existed.

In 1974, Ernst Wegerer, an Austrian engineer, photographed two discs that matched the descriptions of the Dropa Stones. He was on a guided tour of the Bampo Museum in Xian, when he saw the stone discs. 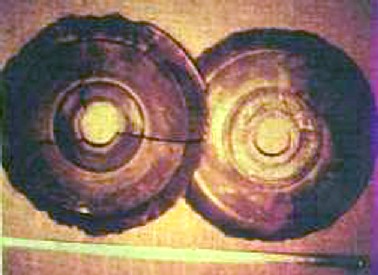 One of ‘Wegener’s polaroids of two of the Dropa stones.

He said he observed a hole in the center of each disk and hieroglyphs in grooves, partly crumbled, like a spiral. It is said that when he enquired about the discs the manager could tell him nothing, but permitted him to take one in his hand and photograph them. He claims that in his photos the hieroglyphs cannot be seen as they have been hidden by the flash from the camera and have also deteriorated. By 1994, the discs and the manager had disappeared from the museum.

Critics largely rejected the story of the Dropa discs, arguing that it was a mixture of deception and urban legend.

In the investigation, Chreighton considered the allegations about the Dropa “unfounded,” and detailed his findings in an article for the Flying Saucer Review.

It is not easy to find credible evidence to show that the Dropa Stones exist or have existed in the past.

Defenders of the story claim that it is the result of a social disruption caused by the Chinese Cultural Revolution and a cover-up conspired by the authorities of that country.