In these videos, a Time Traveler, who spent 2 years in the future in 2749 and returned to the present tells everything he saw. Interestingly, many people who have taken the time to listen to him have stated that his ‘predictions’ have started occurring on Earth. 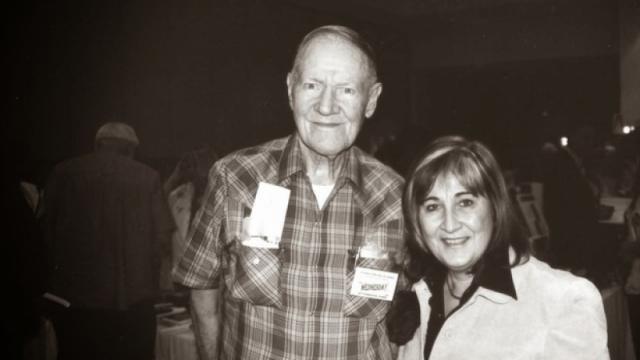 The man who allegedly traveled to the future and back

(Scroll down for videos)

Do you believe time travel is possible? According to conventional theories, it’s impossible, at least not for human beings. If someone can travel faster than the speed of light, then theoretically, someone could travel in time and time travel would become a definite possibility. Many researchers believe that evidence of time travel can be found in numerous ancient texts, among them the Bible. In the ancient Indian text of theMahabharata, written in the eighth century BC, King Raivata is described as traveling to the heavens to meet with the creator god Brahma, only to return to Earth hundreds of years in the future.

But today, it is extremely difficult to debate whether or not time travel is real, even though there are many incredible accounts which allegedly prove it is possible.

Al Bielek is a man who tells a different story. According to Bielek, not only did he travel to the future, he managed to come back and tell the story of everything he had encountered.

Al Bielek discusses all of what he remembers from 6 weeks he spent in the year 2137 and two years he spent in 1749., The story behind this man is beyond fascinating and many have claimed the accounts Bielek has spoken about are already happening or will occur in the near future. From a new world order to devastating climate change taking over Earth, the story told byBielek is one that is worth listening to.

Among the many things mentioned by Bielek is the Montauk Project: an alleged series of secret United States Government projects conducted at Camp Hero and/or Montauk Air Force Station on Montauk, Long Island where researchers were developing psychological warfare techniques and exotic research including time travel. “The origin of the Montauk Project dates back to 1943 when radar invisibility was being researched aboard the USS Eldridge. As the Eldridge was stationed at the Philadelphia Navy Yard, the events concerning the ship have commonly been referred to as the ‘Philadelphia Experiment’. (Source)

The Montauk Project gave birth to a number of documentaries and countless books which have tried very hard to describe the accounts occurred behind the people of the United States during the numerous top-secret projects that resulted in the creation of time travel devices.

According to reports, Al Bielek’s duties were to handle the operations of the Mind Control program.  He was in regular contact with Duncan Cameron and Preston Nichols.  Stewart Swerdlow was one of the Montauk Boys programmers under Al Bielek. (Source)

Interestingly, in the 1980’s when the time control programs were operational, Al participated in some of the time travel experiments.  Both he and Duncan traveled to Mars on several occasions.  He now remembers several other trips he took with teams to a research station in 100,000 BC, other planets to get canisters filled with Light and Dark Energy, and to the year 6037. (Source)

Many people remain skeptical  about Al’s statements and the entire secrecy behind the Montauk Project, believes firmly sustain that it is only a matter of time before classified documents become available to the general public proving the existence of the so-calledMontauk Project and the controversial Philadelphia Experiment.